Everybody loves a good story and nobody tells one better than a teacher. These are Teacherly Stories: for sharing authentic moments, shining a light on the human side of teaching, and celebrating the incredible teachers we know.

Our next series of stories are from Manieu Vilsoni, a Literature teacher from Rotuma, Fiji. He is a rugby coach, Father, and Grandfather with 39 years of teaching experience. He works at Al Ain English Speaking School in the UAE.

“It was exam time and I was teaching in Fiji in the year 2000. All the senior boys came in to sit their math final and I noticed that one of them was missing. I borrowed a bicycle and cycled two and a half kilometres to where he lived. His family were all on the other side of the island, working. I found him fully dressed with his calculator in his safari shirt pocket, mathematical set in his other pocket, fast asleep. When I woke him, he sat up straight, grabbed the clock and looked from it to me in panic.

I said, “Mate, you don’t have time to go to the bathroom, you’ve gotta be in that exam room in thirty minutes. I will help you on the bicycle.” I put him on and got him going. It was wobbly for a moment and then he finally got his balance and took off. He took a moment to turn around and wave at me.

Five years later I was at the wharf and a luxury yacht pulled into the harbor. Who came off, but that same student in his marine whites. He came up to me, shook my hand and said, “Sir, when I earn enough money, I’ll shout you a few beers.”

How I Got Into Teaching

My late mother was a teacher. She died when I was three days old. All the men-folk in my family were in the military. I had an uncle who was a Major; at family reunions, he was always giving us the military talk. Before I went into teacher’s college I wanted to travel the world and the only way to do that was to join the military. I went to get myself enlisted and the Sergeant Major, my uncle, saw me at the gate and chased me out.

He said to me, “You’re not made for this kind of work; you’re a conscientious objector and you’re better off into teaching.” I’ve never looked back.

I fast-tracked, graduated at nineteen, and went back to my little island: a dot in the south-pacific. No bright lights. My first classroom was a tin shack. When it rained I knew where to shift my table. But the best part was that I was ten meters away from the pacific ocean. Tourists would pay an arm and a leg to go see that little bay. It was beautiful. I taught Year Two and I found myself singing, crawling on the floor, and dancing with the students. I’m sure the neighbors looked around and raised their eyebrows and thought:hey is that young guy alright in the head or is he a bit funny?Primary school isn’t associated with young male teachers. But I enjoyed it.

If I could go back to that first year and tell myself something then I’d just say enjoy it. You’ve got to have the heart of a kid in the classroom.

The funny thing was: that classroom was my Mum’s first posting too, and then the second school I moved to was the same one she got transferred to; I went to the same college she did and lectured at that same teachers’ college. It was like, in a way, I was learning about my Mum by becoming a teacher.

The Importance of Rugby

At a very young age, I formed a rugby union with my cousin. We were a rugby union with no money but big dreams and we toured from the island of Rotuma to mainland Fiji to participate in the Inter-Island Rugby Competition. We knew the Fijians were tough players, but we got on a boat and sailed for three days to compete. When we finally arrived they said, “You chaps are on at three-pm today.” Talk about players with jet-lag. Here we were, after three days of rough sailing. We lost to the defending champions in the last minute. The next day, I fractured my arm and still played on. Then I went down again and this time the ref came over and said, “you are out.” It was a hard call but sometimes health comes first. I looked at the other boys and thought, we’ll take this on. That’s the spirit of rugby.

As a rugby coach, I’ve learned a few rules that also apply to teaching. One is that your players must enjoy the game. I’ve coached women’s rugby, it’s a passion of mine because I’ve got three daughters who play and two granddaughters. Here’s what I’ve learned:

Don’t talk too much when you’re behind, a gentle nod here or an empowering wink there. That kind of a communication, eh? When students see a fatherly, teacherly love, then they’ll excel. Players and students need to feel like they belong to a family.

I come from the Marist schools. The philosophy there is:

Do not walk ahead of the students, they might lose sight of you. Do not walk behind them, they might not know where you’re at. Walk side-by-side with them.

I’ve been blessed all these years to be teaching great students and to be walking side-by-side with them.

If I can add a funny incident from when I was coaching at the Dubai Sevens: we were heading into the semi-finals and my daughter went down in a heavy tackle. I walked onto the field and saw that she was coming out of a concussion; she looked up (I’m sure she wasn’t thinking straight) and pointed to the medics and pointed at me and then she swore at her father: the coach! She told me to get off the field. So, I looked at the medics and said… “let her play.” The medic said, “But coach!” I said, “she’s my daughter, let her play” … and then I pulled her off two minutes later. Tough calls.”

Do you know any teachers with amazing stories? We’re sure you do. Drop us a comment below or email us at zoe@teacherly.io 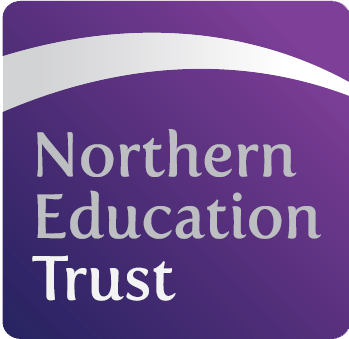